This is a sponsored post written by me on behalf of Mattel Canada for IZEA. All opinions are 100% mine. 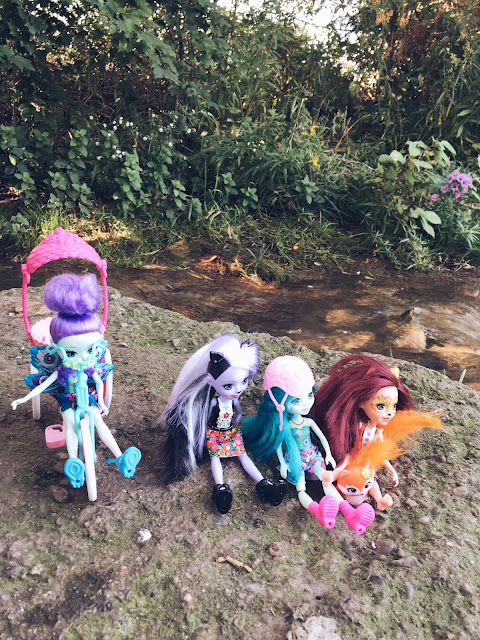 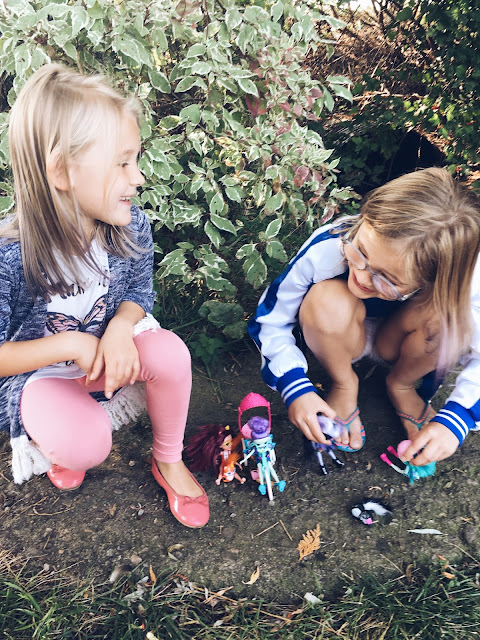 My girls can be like Night and Day, and just like many other siblings, they have been fighting like crazy lately.
I don't know if it is their ages, or what, but they've started being really mean to each other, which is not cool with this mama.
Everything was starting to become a competition of who was better at what, who had more of this or that.
So when I was asked to partner with Mattel's to Meet the Enchantimals, whose core message focuses on caring and special bonds - it was a no brainer.
Truth be told, in our home we don't buy gifts for the kids just because.
Toys are purchased for holidays, birthdays or to celebrate a great accomplishment - so I knew receiving these dolls would be a great opportunity to use as a learning tool.
I told the girls that I had this opportunity for them to receive a new line of dolls to play with on two conditions:
1  - They had to work on being kinder to one another until the dolls arrived.
2-  Once the dolls arrived, they could not fight over who got which doll - they had to share the dolls together.
The girls were SO excited for their new dolls to arrive.
They had a million questions about what the Enchantimals would be like.
I explained to them that they were a group of girls who each have a bond with their special animal friends and who believed in being caring and compassionate.
The dolls finally arrived one morning, and I won't lie, they started fighting over who would get to play with what doll as soon as we opened the box.
I quickly reminded them that the Enchantimals didn't like fighting and if they wanted the privilege of playing with these dolls they had to treat each other like friends treat one another.
After a little convincing, they started playing together with the dolls.
They even asked if they could bring them with us when we went on a nature walk this past weekend.
I love seeing them bond together over dolls and I'd like to thank Mattel for creating a line of dolls that helped bring our girls together! 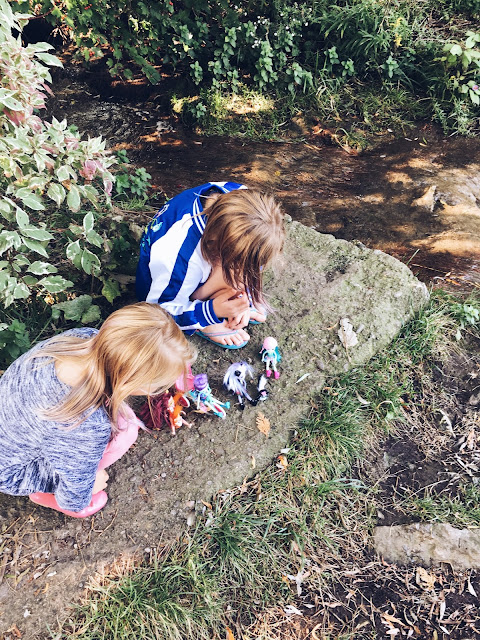 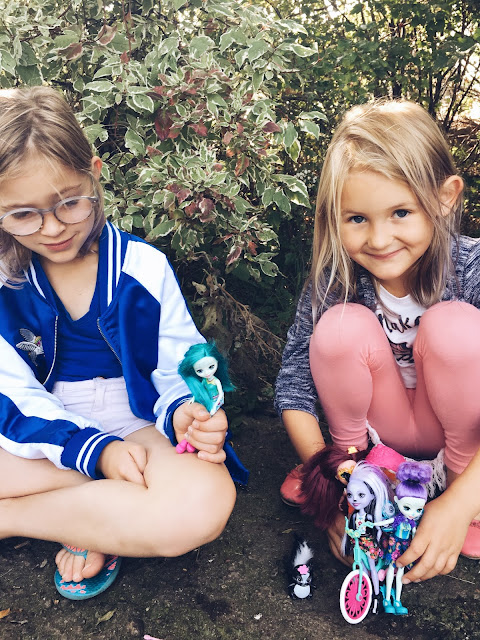