Must Listen To Manchester Orchestra Songs

When I started blogging a few years back, my focus was primarily on all things motherhood.
Now that the kids are all in school full time
(Seriously, how did that happen? Does this mean I'm getting old? )
I have more time to focus on my own interests outside of motherhood.
If you've known me for more than a couple minutes, you know that music is basically everything to me.
I started going to concerts before the age of 10, my dad played in a band growing up, I met my husband while he was playing in his band, and I spent the majority of my days prepping myself to be the next Gwen Stefani.
Honestly though, I totally thought I would be haha
Music is ingrained in me, so naturally, I will be writing a lot about music here on my little home on the web.

Next month, we're packing the family up and making a TWENTY HOUR drive to Oklahoma with my mom for a music and beer festival that my favourite band hosts every year.
My favourite band isn't actually playing the festival this year but the line up is absolutely incredible and I couldn't have picked a better year to attend for the first time.
You can check out the full line up on the Hop Jam website but two of my absolute favourite bands are playing : Manchester Orchestra and Nada Surf.

I first saw Manchester Orchestra a few years back when they played with Blink 182 at the Molson Ampatheatre in Toronto, Ontario.
They came on the stage and opened with the song Pride off of their album "Mean Everything To Nothing"
Although they only had these mic'd tiny Vox amps set up for a big venue show, their energy blew me away and Andy Hull's voice was unlike any other I'd ever heard before.
The energy was indescribable and I couldn't believe this was only my first time hearing of them.
It was one of those shows where I wish I could of sang a long at the top of my lungs and escaped into the music.
So in order to save you all from the misfortune of not knowing this band before their show,  I'm sharing some of my favourite songs with you.

Originally, I was only going to share my top ten songs with y'all, but I just couldn't narrow it down.
My favourite album is "Mean Everything To Nothing" because of the high energy and emotion you can feel even through a set of headphones.
I also ended up putting almost the whole new album on my list even though, if I'm being honest, I didn't love it at first listen.
I can be a pretty harsh critic when I first listen to new music from an artist, but after really listening, it  is right up there with their "Mean Everything To Nothing" album.

Below you will find my favourite Manchester Orchestra songs and a Spotify playlist so you can go ahead and get yourself pumped up to see them at Hop Jam this year. 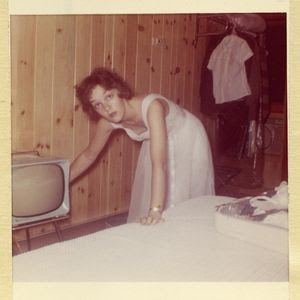 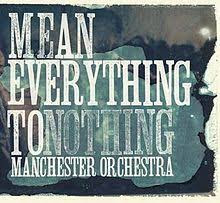 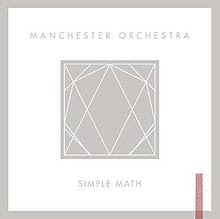 Manchester Orchestra released the album Cope in 2013 then released Hope in 2014 which is an acoustic version of the Cope album. 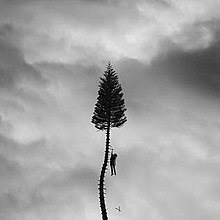 This album is a concept album, so you really need to listen start to finish.
These are my absolute favourites though.

You can listen to my Favourite Manchester Orchestra Songs Playlist HERE but if you enjoy this band as much as I do, I strongly encourage purchasing the songs to help support the artist!