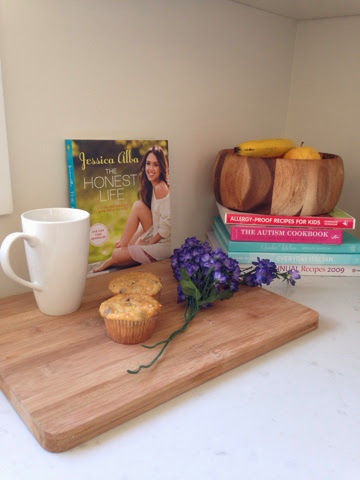 Time
is something everyone could use more of. Moms especially could always use an extra few hours in the day. I recently stated eating gluten free for health reasons and one of the things I was most worried about was missing out on my favorite comfort foods. Another thing I worried about was the time and effort that gluten free eating would require. A few months into it and I am finding the transition to be surprisingly easy! One of my favourite comfort foods for busy mornings are muffins.
I've tried a few different gluten free muffin recipes and they all usually ended up tasting like hard cardboard and I couldn't even finish a whole muffin it was so bad.
Last week I played around with a new gluten free recipe and was blown away when half of the muffins I made were gone within 15 minutes of making them!
The whole family loved them and had no idea they were gluten free!
These muffins are going to be a staple in our house so I doubled up the recipe so I always have the mix available. I'm always looking for ways to spend more time playing with the kids and less time baking/cooking/cleaning/preparing :)
I also started shopping from the Honest Company and so far I am in love with their products.
The scents are so lovely and I love knowing I am keeping my family safe from harmful chemicals in everday products.
The other perk is that it is deliverd monthly right to my door - one less stop at the store for me means more time playing with my kids.
What are some of the things you do to make more time with your family ?

You can store this mixture in an air tight container for up to 3 months.

To Make the Muffins

add 2 tsp of vinegar to the milk in a bowl and let sit for 5 minutes
in a large bowl mix 2 large eggs and 1/2 of melted butter- add milk mixture
Mix the wet and dry ingredients and bake at 325 for 40 minutes.


I added chocolate chips and coconut to this mix but you can add in any fruit etc that you love :)
Enjoy :D

My weekend in pictures. 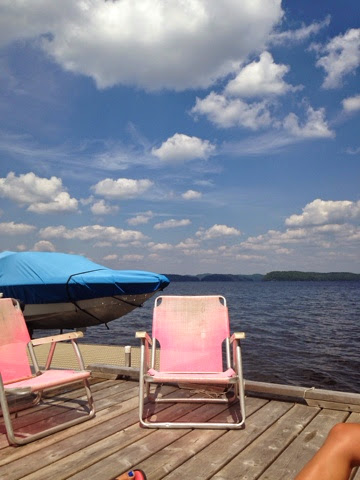 When your a mom sometimes a shower can feel like a vacation. Sometimes I lock the door and just sit for a good 10 minutes beside the shower before even going in so I can have those 10 minutes of me time that are so needed in a busy mommy day. This weekend I was lucky enough to get to escape on a real mini vacation. I went up north to my best friends cottage for a girls weekend. It has been over 2 years since the last time I  slept away from my kids and husband
And it was wonderful. (Although I missed my family like crazy) I layed in the sun, drank wine, read magazines in peace and laughed with good friends. On Sunday I drove home from the cottage and picked up my husband to go downtown to meet my mom, nani, brother and step dad to go see Queen with Adam Lambert at the Air Canada Centre. The show was incredible but I couldn't wait to get home to my babies. It's funny how when your in the chaotic day to day moments of being a mom you find yourself caught in thoughts of what life would be like if you had all the freedom in the world again but take me away from my babies for 1 night and although I loved every minute of relaxation I found myself craving the chaos and cuddles. 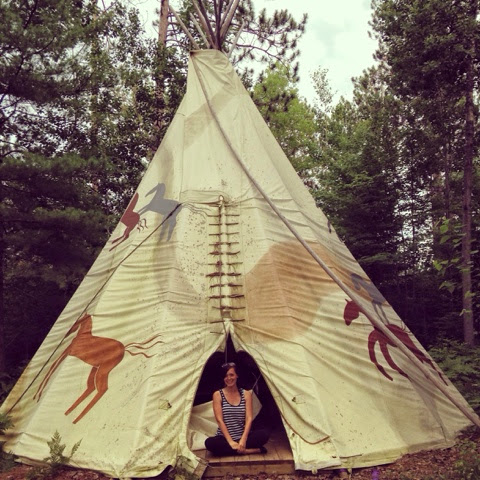 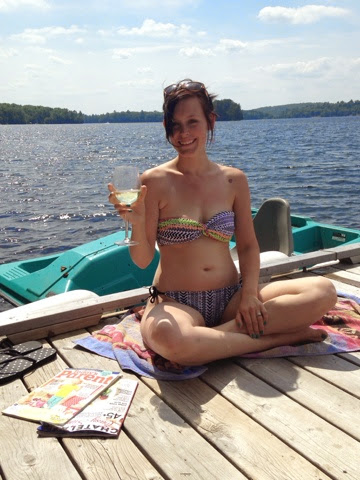 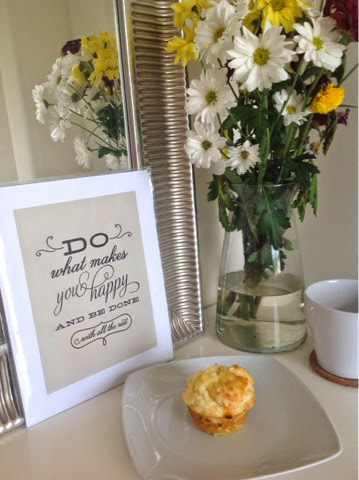 Those of you who know me know that lately I have been eating mostly Gluten Free.
Before you all roll your eyes and say ``oh, another one of THOSE`` know that I am not eating this way to lose weight or to be trendy.
If I could indulge in all things gluten all day everyday I would but unfortunately I can`t.
Since I can remember I have suffered from what Dr's called IBS (irritable bowel syndrome).
I also have suffered from low iron, chronic fatigue, eczema and severe bloating.
After having Luca last year I started developing really bad rashes on my arms, feet and elbows.
I went to the Dr. who prescribed cortisone cream like many times before but this time the rashes were not going away.
I talked to a friend who was in school studying to be a nutritionist and she suggested cutting out gluten from my diet.
I cut it out for about 2 weeks and noticed a world of a difference.
Not only was my rash less inflamed but I found I had about 10x the energy I usually have.
I ate something with gluten in it during this trial and within a couple of hours I had a rash all over my lower arm.
The day after I had consumed gluten I had a migraine and felt so tired I could barely keep my eyes open.
Since then I have been doing my best to eat gluten free.
I won't lie and say I am enjoying eating only gluten free.
I miss my gluten but I don't miss gluten nearly as much as I thought I would.

Probably because the thought of the rashes and exhaustion coming back terrifies me.
( and probably because most potato chips and french fires are glutten free WOO HOO)
I am going to see the Dr. in the next few weeks and I am going to mention to her I'd like to be tested for Celiac.
I sincerely hope I don't have Celiac and im crossing my fingers that it is something completely different than a gluten intolerance.
I would really love to just eat all the yummy stuff I used to eat without worrying about feeling like crap the next day or breaking out in a rash but I have a strong feeling this won't be the case.