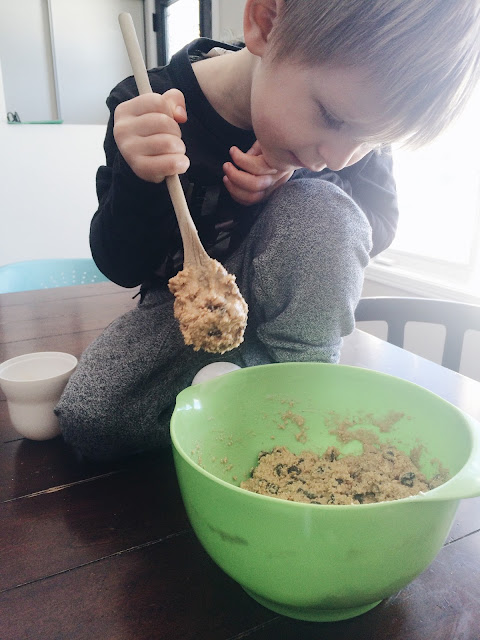 I love a good Christmas tradition!
Today I have a yummy Christmas recipe to share that has been tradition in my family since I was a little girl.
My step mom, Jan, used to make these every year around the holidays and they were my absolute favourite!
Someone in her family created the recipe and boy, am I glad they did!
Making this recipe as an adult now, I'm realizing that they are basically an adaptation of Eagle Brands Magic Bars.
They are SUPER easy to make and are the perfect treat to bring for and Christmas gatherings you may be attending.
My three year old can even make them :) 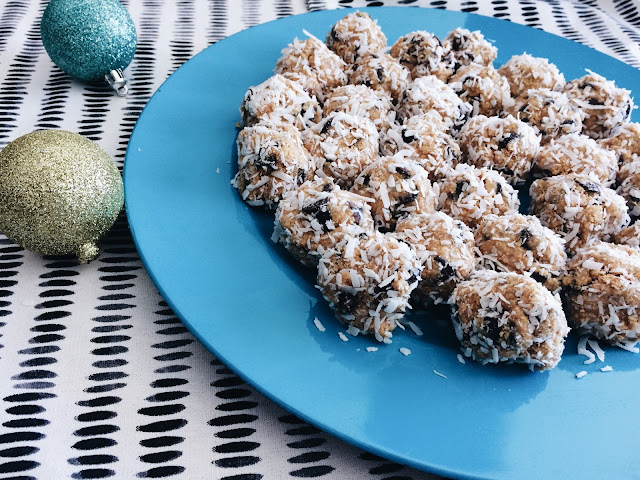 Here is how you make them 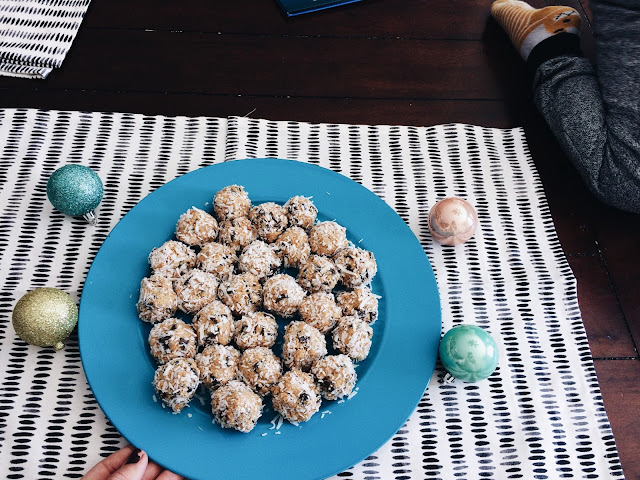 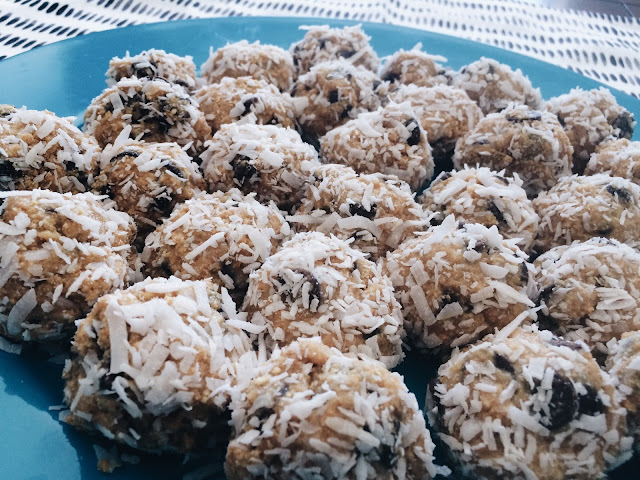 How I Saved My Motherhood & Sanity - 6 Tips 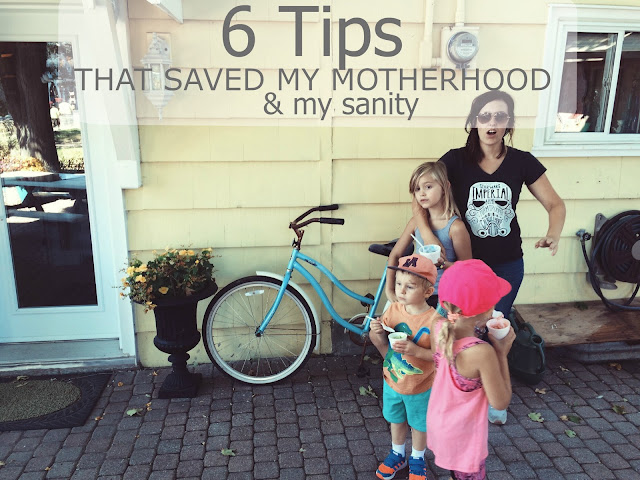 I've written many times before about choosing to leave my career to be a stay at home mom.
I feel truly blessed that I am able to stay home with my children, but If I'm being honest, for a while I was losing sight of how wonderful being a stay at home mom could be.
Most days I looked like I was a chicken with his head cut off {see above photo haha}
I didn't want to look back 20 years from now and wish I had enjoyed this time more.
I saw how fast the kids were growing up and I really wanted to make the most of this season of my life.
I want to focus on enjoying more, so I'm sharing 6 Tips that helped me Enjoy Being A SAHM again.

HAVE A ROUTINE
This one is not only for the kids but for mamas as well.
Kids thrive on a routine and honestly, so do I!
It's okay if some days the routine gets thrown off but everyone will be happier if they can expect for certain things to happen around the same time everyday.
This is honestly the biggest thing I struggle with as a stay at home mom.
I'm very easily distracted, so it helps for me to have my routine written down to follow as a guideline.

WAKE UP BEFORE THE KIDS
I know, this sounds horrible, especially for you sleep deprived mamas {read more about that here} but I promise you this will set the tone for the whole day!
I ask my husband to wake me up when he's getting ready for work at 4:45 am.
I wake up, wash my face and pour myself a big ol' mug of coffee.
Luca often wakes up by 5am but just having that fifteen minutes to myself before he wakes up is HUGE.
I'm not grumpy when he runs out of bed full of energy and the day gets off to a great start!
If I'm really lucky, and he sleeps in I do my make up and start some laundry as well.

MAKE TIME FOR YOURSELF
This is crucial for your sanity.
Even if your little guy or girl has given up naps, set a time for quiet time in your daily routine.
I know this can be really hard for busy kids, trust me I know first hand, but be persistent.
Everyday we have one hour of quiet time where I go downstairs and catch up on work or have a cup of tea and watch something on Netflix while Luca plays quietly in his room.
It took a few weeks of me putting him back in his room over and over again, but remember you are the parent and some down time is good for everyone!

EXERCISE
I remember going to my doctor a couple of years ago with all sorts of symptoms of stress and she told me that I needed to make sure I implemented exercise into my routine at least 3 times a week.
It wasn't until this past year that I started implementing it and I can't tell you how life changing it has been for me physically and mentally!
I wish I had started taking care of my body years ago.
I go to a spin class once a week and go for weights or cardio two days.
There is a daycare in the gym that I leave my three year old in for an hour while I go work out which allows him time to play with other kids his age.
After I work out I have so much energy and my mind is so clear and free, I feel like I can take on the world!

FIND MOM FRIENDS
I honestly don't know what I would do without my mama friends.
I had my first daughter when I was only 19 and all my friends were off at University while I was at home taking care of baby.
I signed myself up for some mom and baby playgroups so I could meet some other mama's and I made some of my very best friends.
Motherhood is beautiful but it can also be very hard, you need the support of other people who get it.

KNOW THAT ITS OKAY TO NOT ENJOY EVERY MOMENT
Don't be so hard on yourselves, Mama's.
You are going to have bad days, and that is OKAY.
It's not reality to enjoy every single moment of this journey.
It is the most beautiful journey, but it is HARD.
We all have our good days and bad days, we are human after all.
The important thing is to love your children with all your being.

I'd love to hear some of your tips in the comments below! 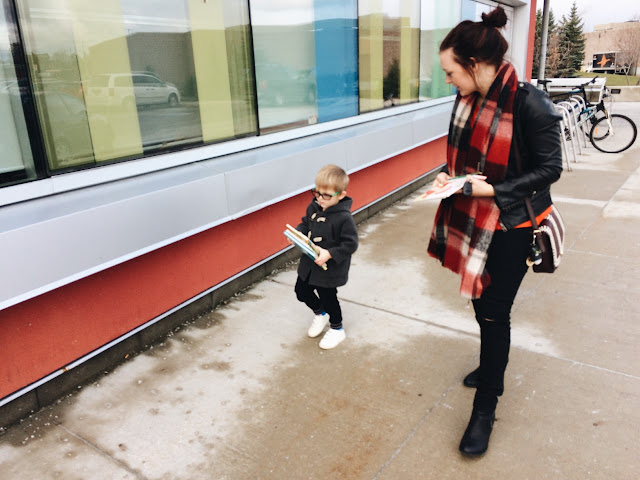 Hi, my name is Kelsey
and I am
sleep deprived.
I feel like I should wear a name tag stating the above so people know why I look like such a hot mess majority of the time, or to explain why I have permanent resting b**** face.
On a good night, I may get 4-5 hours of interrupted sleep.
You see, I have a three year old who will do everything in his power to avoid sleep.
I'm talking banging his head continuously on his pillow, kicking me or my personal favourite - screaming so loud the whole neighbourhood can hear, all to avoid sleep.
He wasn't always this way.
In fact, he was the only one of all three of my children who slept through the night almost immediately after we came home from the hospital.
My oldest daughter woke through the night until kindergarten, and when Luca arrived I thought I may get to finally say goodbye to sleepless nights.
Around the age of two, Luca decided sleep wasn't for him.
He started waking up 1-2 times at night with night terrors.
The baby who used to sleep from 7-7 was now going to bed at the same time but waking up for good sometime between 4-5am.
I'm writing this today, because last night he woke up twice.
Once screaming for me to tuck him in and another time with a night terror.
He was up for good at 3:45am.
THREE AM.
This isn't a usual occurrence but losing an extra 1.5 of sleep when your only getting maybe 5 hours of sleep just plain sucks.
I am exhausted and I honestly just need a good vent.
Once this kid is awake there is absolutely no putting him back down.
Please don't give me your tips and tricks of what worked for your child because I have heard and tried them ALL.
I want this kid to sleep more than ANYONE, trust me.
I am EXHAUSTED.
I'm scatterbrained and I snap at my children and husband more than I would like to admit because I am so flipping exhausted.
Some days, if I'm really lucky I can fight with him for an hour and a half to get him to nap for 20 minutes, but this is rare.
He's not one of those kids that sits quietly and watches TV when he's tired either.
He is literally non stop from the time he wakes up until the time he goes to bed.
Running around the house, attempting to climb counters, opening the fridge trying to help himself to a snack.
I'm writing this not to complain, because I know that this is just a phase.
I know that he will sleep again, and so will I.
I am writing this so that any other parent out there going through the same thing with their child doesn't have to feel like they are alone in their insane sleep deprivation.
There's no question that lack of sleep just plain sucks, but I promise you we will all get through this!
Excuse me while I go pour myself a giant cup of coffee!  :)
Share:
No comments

Holiday Gift Guide For The Kids 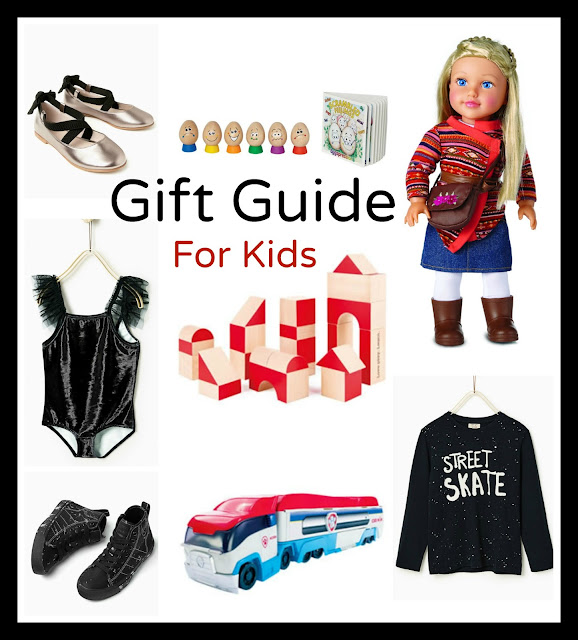 Eggspressions | Comes with Egg heads and a book to help children identify their emotions. A silly way to help your little ones understand their big emotions.

Newberry Doll | My girls are in love with these 18" life like dolls! You can also buy accessories and furniture to go along with your doll. They are on sale right now for 24.99! Can't beat the price!

Velvet Body Suit | Velvet Body Suit With Tule Sleeves. Um...this is like my 7 year old self's dreams coming true. My daughters are 7 and 5 and they love spending their time dressing up as ballerinas, dancing around the house and this body suit would be perfect for that! It would also be super cute with a white tshirt underneath and some black leggings.

Hape Beech Blocks 30th Anniversary Edition | Blocks are timeless and great for any age! It encourages children to use their imaginations and they are designed to endure for years of play.

Printed High Top Sneakers | I don't know what it is, but there is something so cute about a little boy wearing a pair of high tops! I love the fun splattered look on this pair from Zara.

Paw Patroller | If you have kids under the age of five, you know all about Paw Patrol! My son and daughters love this show. This toy was so popular last Christmas that when I went to order it a month before Christmas, it was sold out literally every store I checked! It is still a favourite a year later.

Long Sleeve Skater Tee | Surprise, Surprise. Another Zara pick. Zara is one of my favourite places to shop for my kids for its style and affordability. I love this Skater Shirt so much! When my hubby and I were dating back as teenagers, we used to talk about how we would dress our kids like little mini Tony Hawks.
Share:
No comments
Newer Posts Older Posts Home
Subscribe to: Posts (Atom)